The blog considers a series of range helpful .NET performance metrics that can be used for identifying and diagnosing poor application performance. 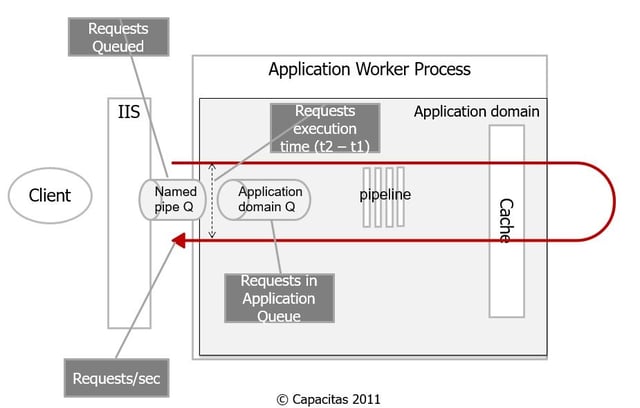 Measures throughput of the ASP.NET application on the server. It is one of the primary indicators that help you measure the cost of deploying your system at the necessary capacity

The number of requests currently queued in named pipe for application.

The number of requests currently queued in the application domain

The number of milliseconds taken to execute the last request.

.NET CLR – Bytes in all heaps

The current memory allocated in bytes on the garbage collection heaps.

GC mechanism is complex. In brief:

% Time in GC gives an idea of the overhead of garbage collection. MS state that this value should be lower than 5% if %CPU is greater than 70%