This whitepaper is designed for roles at all levels across enterprise IT involved in major change programmes (including digital transformation, re-platforming, cloud migration, datacentre migration) and following, or planning to adopt, agile and devops delivery models.

We cover the core principles and best practice approaches for ensuring good performance, whilst increasing the velocity of delivery.

In Agile & Continuous Cycles, there is simply not enough time to test every change. A risk based approach, using techniques such as Risk Modelling is required.

Shift Left & Continuous Collaboration. There needs to be a shift from performance engineers and analysts testing at the end to one where they are involved throughout the lifecycle and are collaborating with the developers to build a better understanding of the software and also refine the conceptual model of the platform.

Automation of Testing & Analysis. Automated analysis needs to address not just response times and throughput but all 7 Pillars of Performance.

But What About Performance?

"I Can't Possibly Build All of this into QA Within My Available Time & Budget, Right?"

The performance of the software delivered by these projects was typically ensured with long periods of testing near the end of the project lifecycle. These performance tests were often long and complicated, e.g. soak tests of 24 hour durations. They were typically carried out by performance testers who were very much focused on checking that the tests met formal Non-Functional Requirements (NFRs).

In digital markets, there is lots of competition within different sectors.

For example, in the airline sector, easyJet, Ryanair and BA are in competition with each other to introduce new products to increase revenue and attract new customers. In 2007, easyJet launched Speedy Boarding before Ryanair. A few years later they achieved a similar coup with Allocated Seating. This gave them a competitive advantage over Ryanair in increasing the revenue per passenger and also improving customer experience.

In the retail businesses are facing direct competition from Amazon because of their ability to provide an excellent digital experience. Retailers need their IT departments to deliver more functionality that can match the Amazon digital experience and do so within short timescales. Within Banking and Financial there is a rapidly growing ecosystem of Fintech start-ups threatening to undermine the conventional business models – again the established players need to quickly innovate or risk losing market share.

The use of conventional waterfall methodologies and their associated timescales are not fit for purpose in this new era of fast delivery in highly competitive markets.

But What About Performance?

Software in live is normally distributed over a complex IT environment on multiple-tiers of infrastructure and different technologies. How, in this world of rapid delivery and complex infrastructure and technologies, can we still deliver performance and minimise the risk to user experience and loss of revenue?

Capacitas has defined 7 Pillars of Performance. If any one of these pillars fail then the overall performance and end user experience is impacted and / or the cost of supporting the service increases substantially.

This is the most widely understood criteria for performance. It measures the speed and successful throughput of the software. The speed can be measured at different points in the platform, based on user experience or time taken by the technical platform. Throughput is a measure of the rate at which work is achieved. For example, this could be the number of page views achieved per second or the number of database transactions processed per minute.

This is how much capacity you need to support the software. There is a myth that in the world of cloud this is no longer an issue. In fact, the amount of cloud capacity provisioned has a direct bearing on cost incurred. In addition, cloud capacity is not always instantaneously available

This is a measure of how much capacity is used to deliver a business function, e.g. the number of CPU seconds used to deliver the search functionality of a digital platform. We often work with applications that are able to meet throughput and response requirements, but, due to their inefficiency, require a large number of server instances to run. This leads to excessive run cost.

This is a measure of whether software can scale linearly with increasing load and can use all the available capacity. If it can’t then it will act as a drag on the speed of delivering software change in the future.

This is a measure of how stable performance is over long periods of time and prolonged periods of load.

Instrumentation is critical. Without it we simply can’t understand the 6 pillars mentioned above. APM tools (such as AppDynamics, Dynatrace, New Relic) provide an invaluable source of data – however they need to be used in conjunction with other sources of data to get a comprehensive view of the performance. Using the ITIL Framework, our metrics fall within three categories: Business, Service and Component.

Although development methodologies and technologies have evolved to deliver software faster, the same innovations for managing performance have not been put in place. The following section details an approach to delivering the holy grail of delivery speed whilst maintaining good performance. How do we ensure that the 7 Pillars of Performance are maintained given that developers must not be slowed down?

Facebook famously had a mantra of moving fast and breaking things. However, they have more recently back-tracked from this as they found that they were spending more time fixing production bugs than delivering new functionality. Our recommendation is that you can use this approach where your software is not business-critical. However, if your software is business critical there are Four Reasons why this will not work.

It does not work if you have large peaks.

Some performance defects only manifest at peak load. You can you release software on a normal load day and everything is fine. However, six months later, during a peak day, the defect in that release causes a system outage. At this stage it is very difficult to pinpoint the root cause of the defect.

Some defects only manifest over prolonged periods.

Performance defects such as memory and CPU leaks only manifest over long periods of time. On release all may look well, however after a period of time an incident will occur. Since multiple releases would have taken place in the period between, it is very difficult to unravel the code to find the root cause.

It may not be a leak.

It could also be a fundamental design flaw that only manifests after multiple releases are applied to weak foundations.

It is far more expensive to fix defects in live than it is early in the software lifecycle.

Research suggests that fixing defects in live is 100x more expensive than fixing defects during the design stage. We find in our customer engagements, complex performance defects take a long time to identify and resolve. This is due to a combination of many factors such as the complexity and distribution of the system that supports the software. A publicly documented example of this is Netflix who had a performance issue using node.js that took 16+ days to resolve.

This is often overlooked. There will be frequent releases into live in an Agile/Continuous delivery approach. On numerous engagements we have observed a small increase per release resulting in a cumulatively large increase over a longer time frame. Increases of 1-3% in capacity consumption per release are not uncommon in these frequent delivery models. This would lead to an annual increase in capacity consumption over a year up to 38% (assuming monthly releases).

In the cloud, this has a direct correlation with run cost.

"I Can't Possibly Build All of this into QA
Within My Available Time & Budget, Right?"

Wrong! You can by working smarter:

Assuring throughput and response is not enough. Risk across the 7 Pillars of Performance must be addressed.

Fast performance engineering only happens when the relevant roles work closely together. This means performance engineers and analysts collaborating with architects, product owners, developers and testers to drive a focus on performance throughout the lifecycle. Bringing together performance and technical domain experts in this way provides the insight needed to spot problems quickly. It also means that the implementation teams gain the performance insight required to build an efficient system, while also providing the performance team with the domain knowledge to construct smart tests.

In Continuous and Agile environments, we operate within narrow test windows on non-representative test environments. Smart test design is required to expose risks effectively, across the 7 pillars, within the constraints of time and environments.

Automation of Performance Analysis Throughout the Lifecycle.

This is made up of 6 Modules as shown in the diagram below. There are three key points that need to be understood when viewing this diagram: 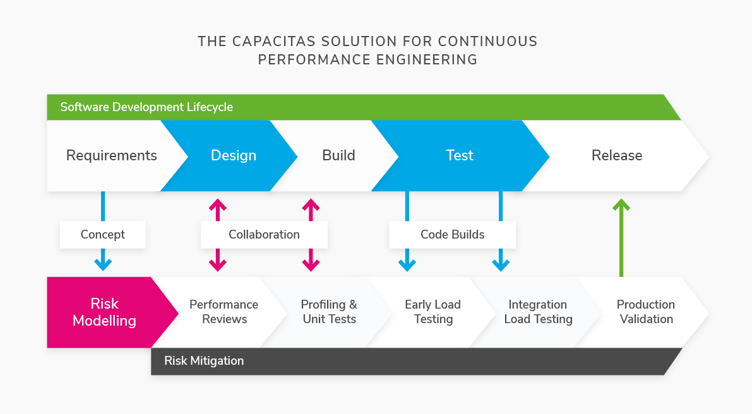 In Agile & Continuous Cycles, there is simply not enough time to test every change. A risk based approach, using techniques such as Risk Modelling is required.

Shift Left & Continuous Collaboration. There needs to be a shift from performance engineers and analysts testing at the end to one where they are involved throughout the lifecycle and are collaborating with the developers to build a better understanding of the software and also refine the conceptual model of the platform.

Automation of Testing & Analysis. Automated analysis needs to address not just response times and throughput but all 7 Pillars of Performance.

Why Testing At The End Doesn’t Work
Prasham Garg, Capacitas

If you find this whitepaper relevant and interesting, you might also find these resources helpful:

Infographic
The Seven Pillars of Performance 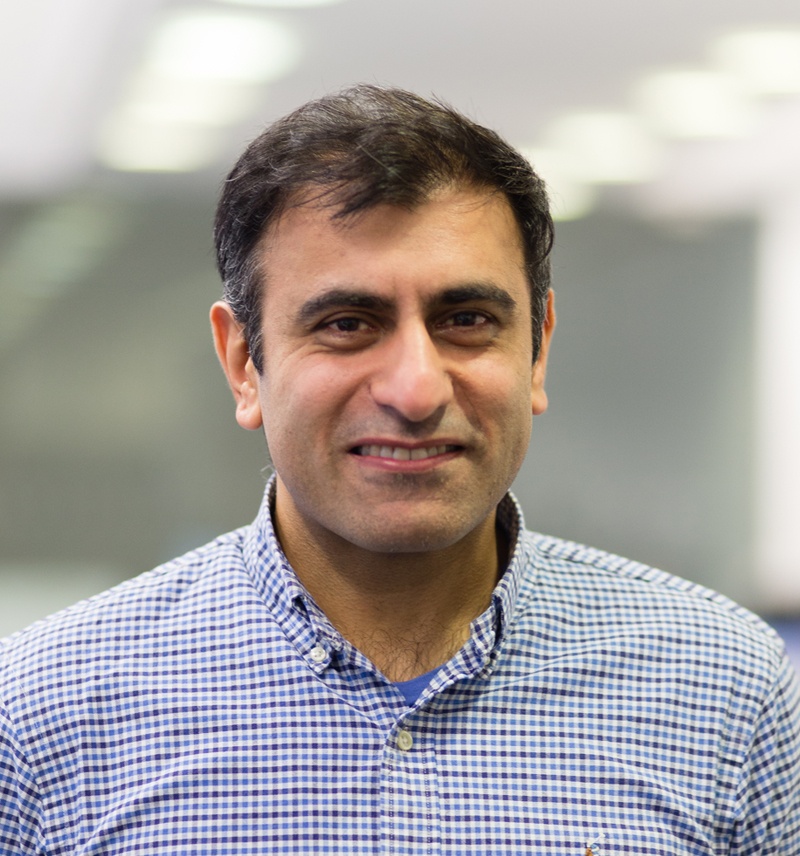 He has worked on numerous large complex projects for customers such as BT Global Services, HP, Skype/Microsoft, easyJet, Nokia etc.

Many of these engagements have resulted in $multi-million savings in datacentre and cloud platform costs, as well as better performing and more stable systems.

Dr. Mohammed leads the R&D function at Capacitas, having developed a ‘shapes-based’ methodology for the automated analysis of performance and capacity issues, which forms the basis of a suite of data analytics tooling. 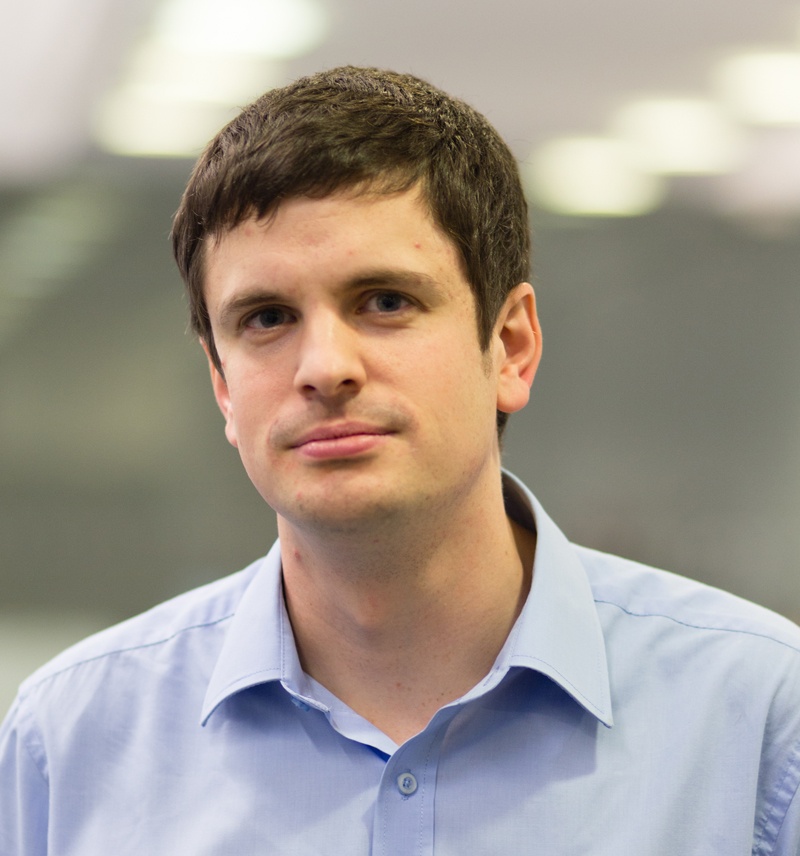 Over the past 10 years he has worked on large projects providing capacity and performance expertise to clients and owned the roadmap for developing Capacitas’ technical software solutions.

During this time, he has seen a big shift in how software engineering is undertaken and viewed by the business, and has built on this to introduce more effective and efficient performance risk management processes. This has meant shifting focus away from large scale system testing to a full lifecycle approach, alongside research and development in automated data analysis.

Thomas is currently defining and governing Performance Engineering processes and standards for a multi-million-pound multi-vendor programme of work at a FTSE 100 company.

Bring us Your IT Challenges

If you want to see big boosts to performance, with risk managed and costs controlled, then talk to us now to see how our expertise gets you the most from your IT.