The UK National Lottery web site was unavailable shortly after the end of the race.

17:40 Update: betfair and bet365 with the slowest page load times

Our final update from today. We continued to monitor the sites just before and after the race start at 17:15. All of the sites stayed up, however betfair and bet365 page load times exceeded our threshold of 2 seconds. 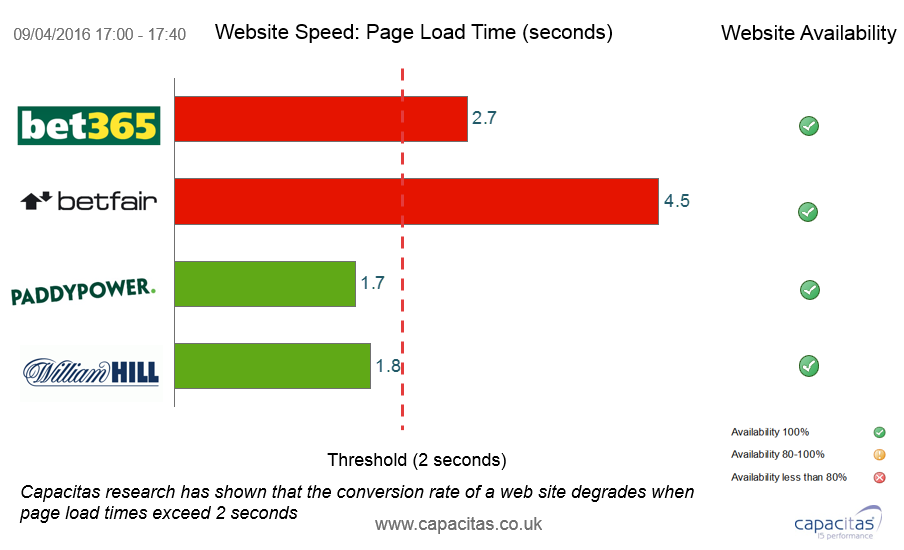 With 15 minutes to go before the race starts, the betting sites will be handling the peak in online users. All sites are up, however PaddyPower is the only site to be within our performance threshold of 2 seconds. 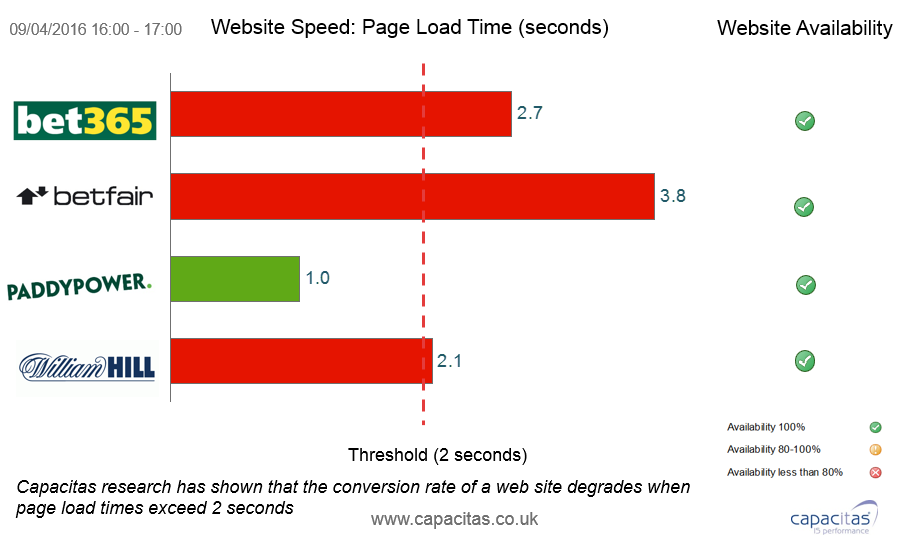 With 1 hour to go we expect the number of users on online betting sites to be increasing further. The increase in users appears to be causing challenges for all sites. All sites are up, however page load times for all sites exceeded 2 seconds in the last hour. 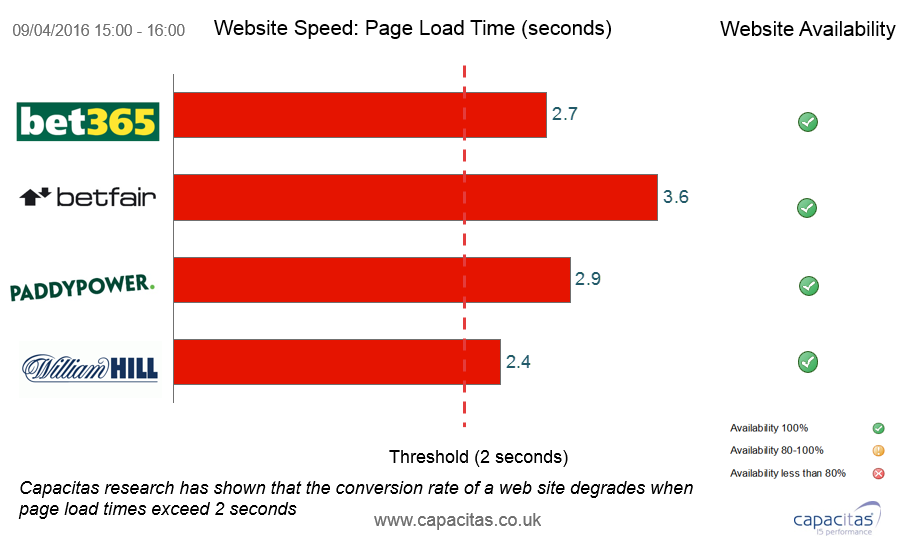 With 2 hours to go we expect the number of users on online betting sites to be increasing markedly. The increase in users appears to be causing challenges for Betfair - its page load times have increased by 20% from the last hour and are now 3.4 seconds, way over our 2-second threshold. 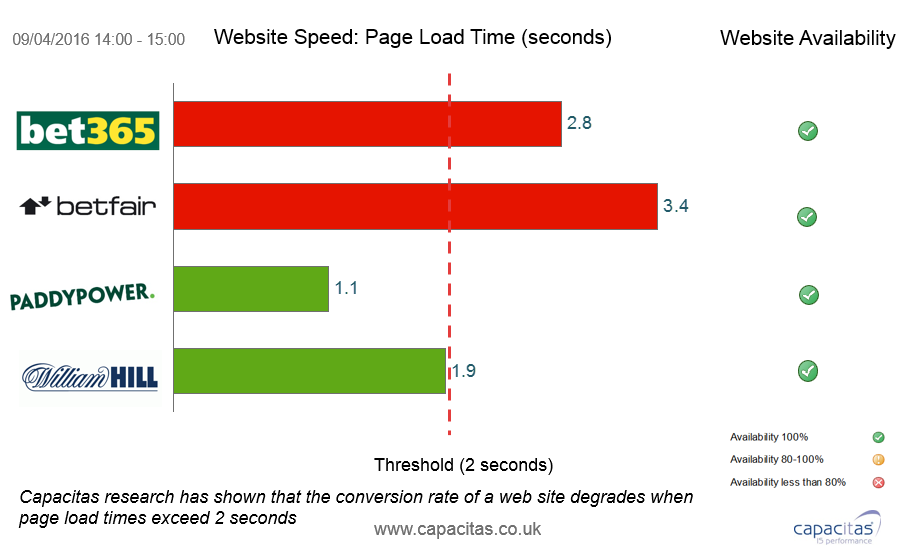 With 3 hours to go we observe Bet365 and Betfair struggle to cope with demand with page load times exceeding 2 seconds. In the last hour PaddyPower has almost doubled from 1.0 to 1.9 seconds, indicating that the number of online users has increased load on its web site. However its load times are within acceptable bounds. 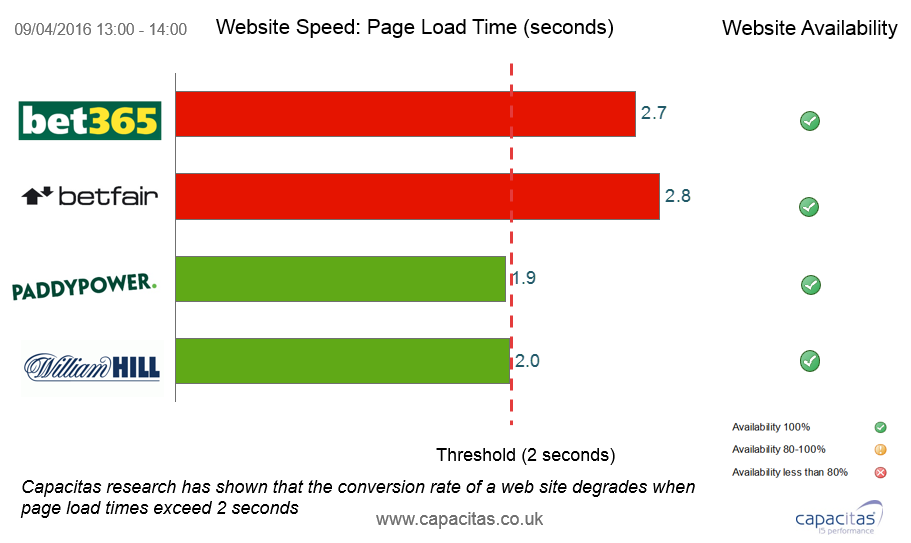 With the surge of last minute Grand National betting just hours away, we are predicting that some sites will lose sales through slow performance or even through crashing – as has happened in past years.

Our monitoring of the large bookmakers’ websites in the hour up to 13:00 found that the time to load a page on BetFair and Bet 365 exceeded two seconds, which is slow enough to deter many people from using the site.

In contrast PaddyPower performed well and William Hill came just in under the 2 second threshold.

Capacitas director Danny Quilton said: “When a website slows or even crashes, it loses customers to its rivals – especially for time-sensitive events like horse races."

Danny Quilton added: “The Grand National is a hugely popular event and an example of where gambling websites must cope with extraordinary peaks in demand, typically 10-times that of a normal day.

“When a major betting website crashes at such a peak time, the lost revenue could be as high as £30,000 per minute.” 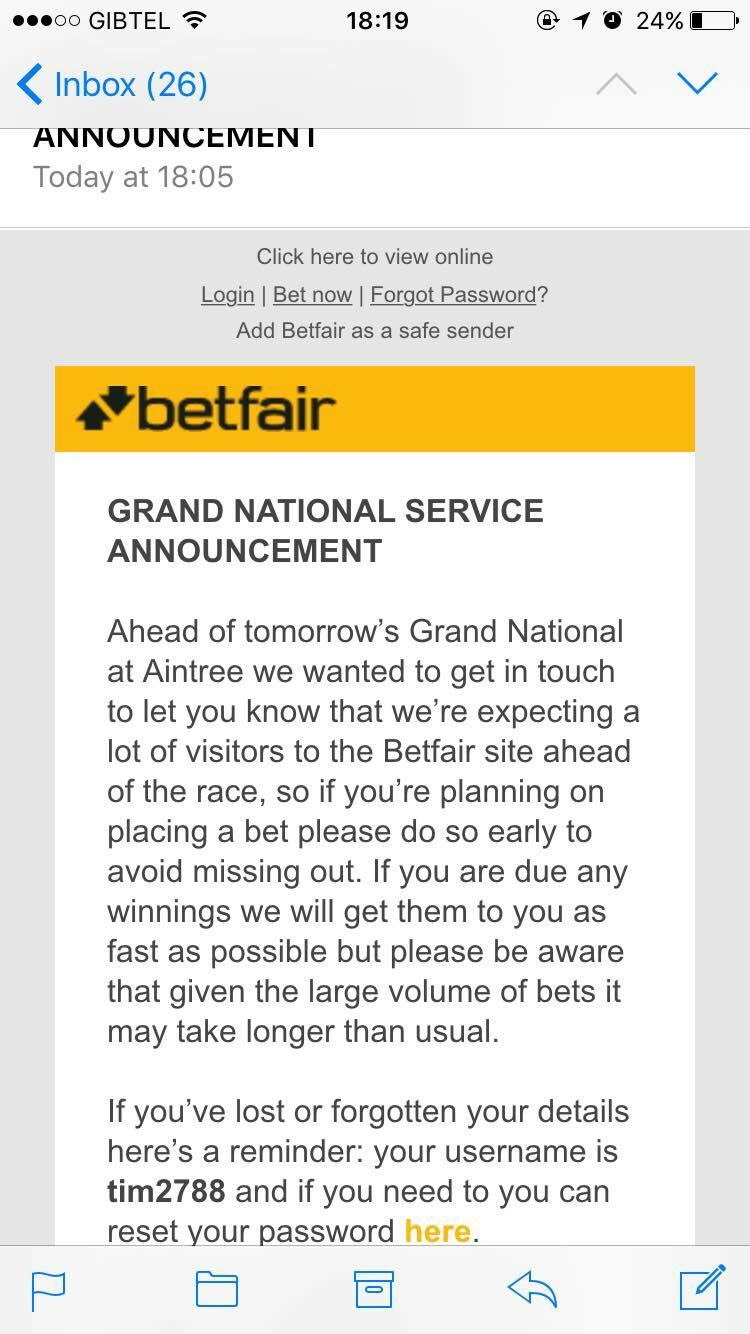